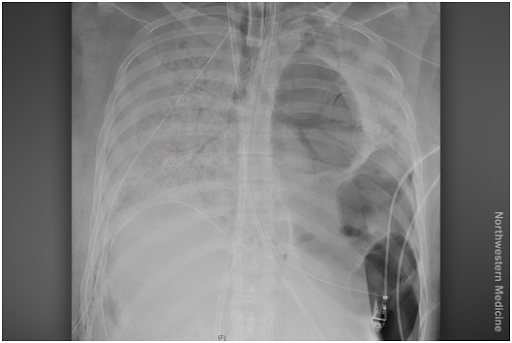 Researchers in Hong Kong say they’ve confirmed that a person can be infected with COVID-19 twice.

There have been sporadic accounts on social media sites of people who say they’ve gotten COVID twice. But scientists have been skeptical about that possibility, saying there’s no evidence it happens.

The new proof comes from a 33-year-old man in Hong Kong who first caught COVID-19 in March. He was tested for the coronavirus after he developed a cough, sore throat, fever, and headache for 3 days. He stayed in the hospital until he twice tested negative for the virus in mid-April.

On Aug. 15, the man returned to Hong Kong from a recent trip to Spain and the U.K., areas that have recently seen a resurgence of COVID-19 cases. At the airport, he was screened for COVID-19 using a test that checks saliva for the virus. He tested positive, but this time, had no symptoms. He was taken to the hospital for monitoring. His viral load — the amount of virus he had in his body — went down over time, suggesting that his immune systemwas taking care of the intrusion on its own.

The special thing about his case is that each time he was hospitalized, doctors sequenced the genome of the virus that infected him. It was slightly different from one infection to the next, suggesting that the virus had mutated — or changed — in the 4 months between his infections. It also proves that it’s possible for this coronavirus to infect the same person twice.

Experts with the World Health Organization responded to the case at a news briefing Monday.

A study on the man’s case is being prepared for publication in the journal Clinical Infectious Diseases. Experts say the finding shouldn’t cause alarm, but it does have important implications for the development of herd immunity and efforts to come up with vaccinesand treatments.

“This appears to be pretty clear-cut evidence of reinfection because of sequencing and isolation of two different viruses,” says Gregory Poland, MD, an expert on vaccine development and immunology at the Mayo Clinic in Rochester, MN. “The big unknown is how often is this happening,” he says. More studies are needed to learn whether this was a rare case of something that is happening often.

Until we know more, Poland says the possibility of getting COVID-19 twice shouldn’t make anyone worry.

This also happens with other kinds of coronaviruses — the ones that cause common colds. Those coronaviruses change slightly each year as they circle the globe, which allows them to keep spreading and causing their more run-of-the-mill kind of misery.

It also happens with seasonal flu. It is the reason people have to get vaccinated against the flu year after year, and why the flu vaccine has to change slightly each year in an effort to keep up with the ever-evolving influenza virus.

“We’ve been making flu vaccines for 80 years, and there are clinical trials happening as we speak to find new and better influenza vaccines,” Poland says.

There has been other evidencethe virus that causes COVID-19 can change this way, too. Researchers at Howard Hughes Medical Center, at Rockefeller University in New York, recently used a key piece of the SARS-CoV-2 virus — the genetic instructions for its spike protein — to repeatedly infect human cells. Scientists watched as each new generation of the virus went on to infect a new batch of cells. Over time, as it copied itself, some of the copies changed their genes to allow them to survive after scientists attacked them with neutralizing antibodies. Those antibodies are one of the main weapons used by the immune system to recognize and disable a virus.

Though that study is still a preprint, which means it hasn’t yet been reviewed by outside experts, the authors wrote that their findings suggest the virus can change in ways that help it evade our immune system. If true, they wrote in mid-July, it means reinfection is possible, especially in people who have a weak immune response to the virus the first time they encounter it.

That seems to be true in the case of the man from Hong Kong. When doctors tested his blood to look for antibodies to the virus, they didn’t find any. That could mean that he either had a weak immune response to the virus the first time around or that the antibodies he made during his first infection diminished over time. But during his second infection, he quickly developed more antibodies, suggesting that the second infection acted a little bit like a booster to fire up his immune system. That’s probably the reason he didn’t have any symptoms the second time, too.