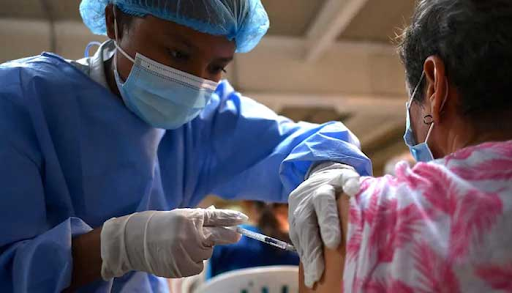 Coronavirus vaccine producers promised billions of doses for poorer countries at a G20 health summit Friday, where leaders vowed to expand access to jabs is the only way to end the pandemic.

The bosses of Pfizer, Moderna, and Johnson & Johnson announced they would supply around 3.5 billion vaccine doses at cost or discount too low- and middle-income countries this year and next.

Meanwhile, the European Union pledged to donate 100 million doses and invest in regional manufacturing hubs in Africa to reduce the continent´s reliance on imports.

World Health Organisation (WHO) chief Tedros Adhanom Ghebreyesus hailed the “generous announcements”, but warned, “in the coming months, we will need hundreds of millions more doses.”

In their summit declaration, the Group of 20 most powerful countries emphasized the importance of open supply chains and equitable access to tools to tackle COVID-19.

“It is a very clear ‘no’ to health nationalism,” said European Commission chief Ursula von der Leyen, who co-hosted the summit with Prime Minister Mario Draghi of Italy, the current G20 chair.

But the five-page text, containing a list of 16 principles, stopped short of endorsing the contentious idea of a temporary global waiver on patent protection for coronavirus vaccines to boost global production.

Instead, it called for other tools such as “data sharing, capacity building, licensing agreements, and voluntary technology and know-how transfers on mutually agreed terms.”

The summit was billed as an attempt to learn lessons from the pandemic, which has killed more than 3.4 million people globally since the COVID-19 virus emerged in late 2019.

The final declaration emphasized the need for investment in global healthcare systems, improved data sharing, and surveillance of human and animal diseases.

But while many rich countries are enjoying a slowdown in infections thanks to vaccination drives, many others are still battling fresh surges — and the pressing need to help them dominated the day’s discussions.

“As we prepare for the next pandemic, our priority must be to ensure that we all overcome the current one together,” Draghi told the summit.

“We must vaccinate the world — and do it fast.”

In Washington, the International Monetary Fund (IMF) report emphasized the same message, with a $50-billion (41-billion euro) plan to end the pandemic focused heavily on expanding the rollout of vaccines.

It noted that as of last month, less than two percent of people in Africa had been vaccinated while more than 40% of the population in the United States and more than 20% in Europe had received at least one dose.

In an announcement at the summit, Pfizer promised two billion vaccine doses and Moderna “up to” 995 million by the end of 2022 at cost or discount to poorer nations.

Johnson & Johnson unveiled a deal with the Covax vaccine-sharing program for 200 million doses this year, and said it was discussing the “potential supply” of an additional 300 million for 2022.

Much of this will be provided through the vaccine-sharing program Covax, to which Germany and France also pledged 30 million doses by the end of this year.

A Covax spokesman told AFP it had secured enough doses through existing and ongoing deals to vaccinate up to 30% of the populations in 92 low- and medium-income countries — about 1.8 billion doses.

But further support is needed.

The WHO’s Access to Covid Tools (ACT) Accelerator, which aims to help develop and ensure access to vaccines, medicines, and tests against COVID-19 and strengthen healthcare systems, is still $18.5 billion short of its funding target for this year.

The Rome summit brought together some 20 heads of state and government alongside organizations such as the WTO, African Union, and World Bank — as proof that the world can come together to deal with COVID-19.

Microsoft founder and billionaire health philanthropist Bill Gates was also invited and used his speech to call on rich nations to “share dollars and doses.”

Earlier this month, an influential report warned that the catastrophic scale of coronavirus pandemic could have been prevented.

The Independent Panel for Pandemic Preparedness and Response said a “toxic cocktail” of dithering and poor coordination meant the warning signs went unheeded.